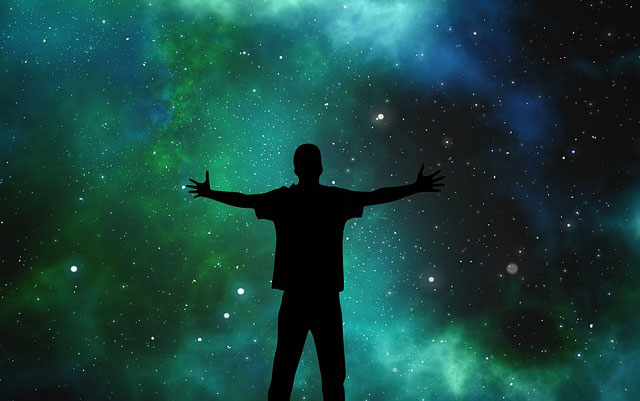 In part 1 of this two-part essay, I demonstrated through sufficient reasons that materialism1 is bankrupt and void as a rational explanation of the origin of the universe. Materialism entails insoluble problems (e.g., how something comes from nothing or how mindless matter can serve as the cause of a rational mind) and must create new or unaccepted beliefs for explaining the appearance of the universe (e.g., that the laws of nature somehow spontaneously brought the universe into existence). Materialism ultimately must reject the distinction between mind and brain and must also reject authentic freedom of choice, in favor of determinism.

Thus, with the lack of sufficient reasons to believe in materialism, the rational thinker should instead look for alternative hypotheses for the cause of the universe. I am postulating that a metaphysical being2 was responsible for creating the universe. In the remainder of this essay, I will endeavor to show why and how this claim best explains the existence and nature of the universe, and why it serves as a rational belief.

As a first consideration, I would like to talk about the role of science in discussions regarding the origin of the universe. Most current scientific disciplines adhere to some form of methodological naturalism.3 As I noted in part 1, this is entirely legitimate for probing questions about the natural universe, but is sadly lacking when attempting to understand the nature of reality, which includes metaphysical entities. Ironically, however, science bases its own methodology on many metaphysical/philosophical presuppositions, whether anyone realizes it or not. For example, the existence of truth and the knowability of the external world, the orderly nature of the external world, the existence of laws of logic, and the normative values of honesty and objectivity in reporting, to name just a few. Thus, science is fundamentally based on rarely mentioned, yet clearly metaphysical, precepts.

How then should a rational, scientific mind address the claim of a metaphysical origin of the universe?

For quite some time, scientists have expressed a desire to legitimately study ultimate concerns such as the origin of the universe while also preserving critical elements of scientific method. In the discipline of health promotion, Fahlberg and Fahlberg (1991) suggested that our present concept of science should be expanded to include the study of metaphysical phenomena (i.e., spirituality and spiritual health topics). This would involve the development of a scientific epistemology4 that is based in direct experience or contemplative awareness (Ibid). In the field of physics, Freeman Dyson (1988) argued that concepts of metaphysics should be studied within a framework of “meta-science,” a domain of inquiry that would be just as rigorous, but separate from the umbrella of methodological naturalism. He noted that a teleological style of scientific explanation would allow a role for purpose, while a non-teleological style would exclude metaphysical considerations and restrict phenomena to the naturalistic realm of laws and causes (pg. 296). Dyson also suggested that, within reason, scientists should be willing to submit every [italics added] belief and theory to rigorous critical examination, and should be essentially open-minded (Ibid, pg. 11).

I prefer Dyson’s separation between meta-science and scientific method. This distinction is critical when studying metaphysical topics whose arguments can be impacted by the findings of science, but may also be clarified through meta-science. The meta-science proposal preserves the integrity and the historical basis of scientific method while also providing a legitimate role for alternate modes of knowing and methods of discovery.

My own process in examining the origin of the universe provides a role for meta-science in building a rational platform to explore the concept of metaphysical reality. I am using the “givenness” and/or consensus of rational norms5 to guide the parts of my discussion that fall outside of empirical science, and I am using the findings of science to add weight and clarity to those parts of the discussion that fall outside of meta-science.

So, how can science and meta-science together shed light on the cause of the universe?

A Metaphysical Cause of the Universe 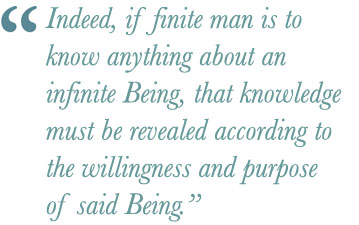 Most would probably agree that man is a finite being: we learn, we grow and we change, continuously. In other words, we are not infinite in knowledge, maturity, wisdom, or in any other way. If the finiteness of mankind is granted, then it must also be granted that it would be, in principle, impossible for a finite being to exhaustively define or describe a finite universe, let alone an infinite one. Further, it would also be impossible to ascertain that any given metaphysical entity does not exist because, for finite beings, reality perpetually remains an open field of discourse. Thus, given our finiteness, and assuming we possess an open-mindedness that seeks to know the truth, what types of evidence can be brought forth regarding the claim that a metaphysical entity was responsible for the creation of the universe?

Metaphysical Being as the Cause of the Universe

Current science has helped us to understand the nature and operation of our universe. Among other things, Big Bang cosmology has introduced the probability of the finitude of the observable universe. That is, the standard Big Bang model of the universe implies a beginning to our universe, prior to which there was no physicality.6 There was no time, space, or matter before the Big Bang because each had its beginning at the initial singularity. Therefore, something outside of physical reality must have caused the physical universe to exist.

Expansion of the universe also plays into the theoretical basis for belief in a finite universe. Inflation theory postulates an exponential expansion of space for a fraction of a second after the Big Bang (approximately 10−33 seconds, give or take some such minute fraction) followed by a subsequent less rapid expansion of the universe. A more recent update to expansion theory—the theory of Dark Energy—asserts that the inflation rate is now speeding up. That is, dark energy, which is thought to permeate all of space (comprising 70% of the total energy of the universe), acts like anti-gravity to allow space to expand more and more rapidly. The realization of this theory means that the universe will likely expand forever and with increasing speed (Dienes, 2017). Prior to the theory of dark energy, it was thought that perhaps the universe was the product of an infinite succession of bounces: an endless cycle of expansion and contraction. Since dark energy theory shows the universe is expanding at a continually increasing speed, “there will be no big crunch—and no bounce. That puts a big crimp into the notion of a universe that is endlessly bouncing (Spitzer, 2010).” 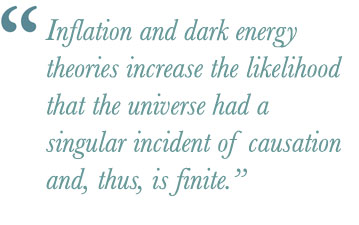 Expansion and dark energy theories increase the likelihood that the universe had a singular incident of causation (i.e., an initial singularity) and, thus, is finite. This proposal of an initial singularity provides a point of contact between physics (i.e., science and associated methods) and metaphysics (i.e., meta-science and associated methods).7 Together, the Big Bang and related theories8 serve to increase the probability of a transcendent,9 supernatural cause of the universe (Spitzer, 2010).

Below are the reasons why the postulation that a metaphysical being created the universe better explains the existence and nature of the universe than materialism or any other deterministic theory. In providing this rationale, I will illuminate what I believe to be essential attributes of said being.

In conclusion, let me briefly state what I think I have demonstrated in this short essay, and what I have not. I have shown that the claim that a metaphysical being created the universe is consistent with both the laws of rational thought, and with the findings of science. My claim does not amount to a proof of existence of any particular entity, nor does it specify any level of probability of existence. My argument is simply an argument to the best explanation for the origin of the universe. That is, a metaphysical cause of the universe is a better explanation than a material cause. The results do not support any particular brand of theism, except perhaps those whose belief system is consistent with the attributes of the being described in this essay. However, there is no scientific theory that refutes the claim, nor does it entail logical incompatibility. Therefore it is rational to claim and to believe that a metaphysical entity caused the universe. 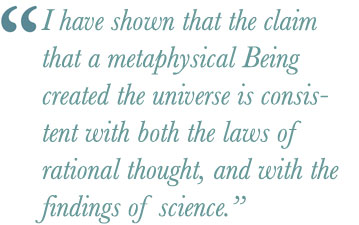 When restricted to a discussion of the origin of the universe, atheists typically cannot build a positive case for atheistic explanations. More often they are content to deconstruct and deride theistic positions, but have no real positions to counter. But, a theist should have every right to expect a rational explanation for a belief in atheism, just as a theist attempts to rationally explain his/her own belief in theism.

Restricting the discussion to the origin of the universe presses both the theist and non-theist to come to terms with the underlying presuppositions of their own worldviews and exposes the coherence and rationality (or lack thereof) of said views. In response to these assertions, atheists who are concerned with the rationality of their own position should attempt to make a positive argument for the cause of the universe. What do they think caused the universe, if not a metaphysical being? And, if atheists can’t think of a proper argument, they should at very least state what evidence they will allow to count in favor of the existence of a metaphysical being. Or, stated negatively, what evidence would count against an atheistic position?

While materialism, as I have described it in this essay,11 cannot rationally explain the origin of the universe, there are cogent reasons to believe that a metaphysical being who is transcendent, personal, and infinite has designed and created the physical universe. A being with these attributes is the only source with sufficient power and wisdom to create (i.e., encode with information) and sustain (i.e., through the laws of nature) the physical world (matter, fields and forces), and enable rational, free minds. A being who is without qualitative limitations (i.e., infinite) and exists apart from (i.e., transcendent) the created universe is the only sufficient source for the existence of the cosmos, as we know it. This claim is consistent with the ordered physical universe, with universal laws of cause and effect, with the existence of metaphysical ideals, with the existence of personal beings, with free will, and with the distinction and yet synthesis between mind and matter. Therefore the proposition that a metaphysical being created the universe serves as a rational and intellectually satisfying explanation of the origin of our universe.

Fahlberg, L.L., & Fahlberg, L.A. (1991). Exploring spirituality and consciousness with an expanded science: Beyond the ego with empiricism, phenomenology, and contemplation. American Journal of Health Promotion, 5(4), 273-281.